Can someone help me out with a dilemma?

What’s it going to take to wake up some people?

Despite the ‘crazy conspiracy theorist’ insults, those nuts have accurately predicted every occurrence for the COVID-19 ‘pandemic.’

Every prediction made by conspiracy theorists has come true.

Yet, some people still believe it’s about ‘public health.’

In another absurd changing of the goalposts, the United Kingdom Secretary of State for Health and Social Care reevaluated his booster recommendation.

Instead of annual boosters every 6 months, Sajid Javid wants UK residents to get poked every 3 months.

Uk 🇬🇧 This is absurd, Sajid Javid says boosters now recommended every 3 months. Who in their right mind is still buying this…👇👊 pic.twitter.com/mhVw24Cb94

Time for some honesty about the vaccine. It now seems the entire population is expected to be jabbed approximately every 3 months. This is the most extraordinary moving of the goalposts. Is this a lifelong thing? If so, I think we should be told @sajidjavid @BorisJohnson

Minimum dose interval for booster jabs to be halved from 6 months to 3 months and all adults to be offered booster Covid vaccine, Health Secretary Sajid Javid confirms https://t.co/q4Clo5uc6k pic.twitter.com/jHwMeteRzU

At this rate, some people will get boosted into oblivion.

Maybe this is why countries like Australia stockpiled 14 doses.

They had to get ahead of the ballgame since the United Kingdom wants its citizens to run through 20 boosters in 5 years.

This is why countries like Canada and Australia have stockpiled 10 and 14 mRNA doses per person. Boosters to be a quarterly occurrence

Sajid Javid has announced changes to the UK's booster program, advising that all adults be offered third doses just 3 months after their 2nd jab pic.twitter.com/dcnToPLlcq

Dr.Peter McCullough:”…Australia has purchased 14 doses per person, that’s 7 years of every 6 months “ pic.twitter.com/6Rgm3iRJEo

Wait until Dr. McCullough hears about the UK recommending boosters every 3 months.

The Joint Committee on Vaccination and Immunisation made a series of recommendations to expand the booster rollout.

It said the minimum gap between the second vaccine dose and booster should be reduced from six to three months.

The experts also said children aged 12-15 should be invited for a second jab.

Early evidence suggests Omicron has a higher re-infection risk, but scientists say it will take about three weeks before it is known how the variant impacts on the effectiveness of vaccines.

The government has announced new rules on self-isolation and that face masks will be compulsory in shops and on public transport in England from 04:00 GMT on Tuesday in an effort to contain the spread of the variant. Eleven cases of Omicron have now been detected in the UK.

England’s deputy chief medical officer Prof Jonathan Van-Tam told a Downing Street briefing that Omicron was the “new kid on the block” and it has “always been the case that, at some point, we are going to get a variant that gives us heightened concern”.

In its advice, the JCVI also recommended severely immunosuppressed people should be offered a fourth dose of the vaccine as a booster. They are currently receiving three jabs.

The committee said the booster rollout should take account of vulnerability. Boosters – either the Moderna or Pfizer-BioNTech vaccines – should be offered in order of descending age groups, with priority given to those in a Covid at-risk group, it said.

NHS England said people would be contacted when it was time for them to book their booster.

A spokesperson said: “The NHS will shortly set out how staff will expand the booster programme – this will include how booster jabs will be given in priority order… while also increasing capacity to vaccinate millions more people in a shorter space of time.”

Booster jabs were originally offered to the over-50s, front-line medical staff and people with health conditions that put them at greater risk. Earlier this month the rollout was widened to include the over-40s. 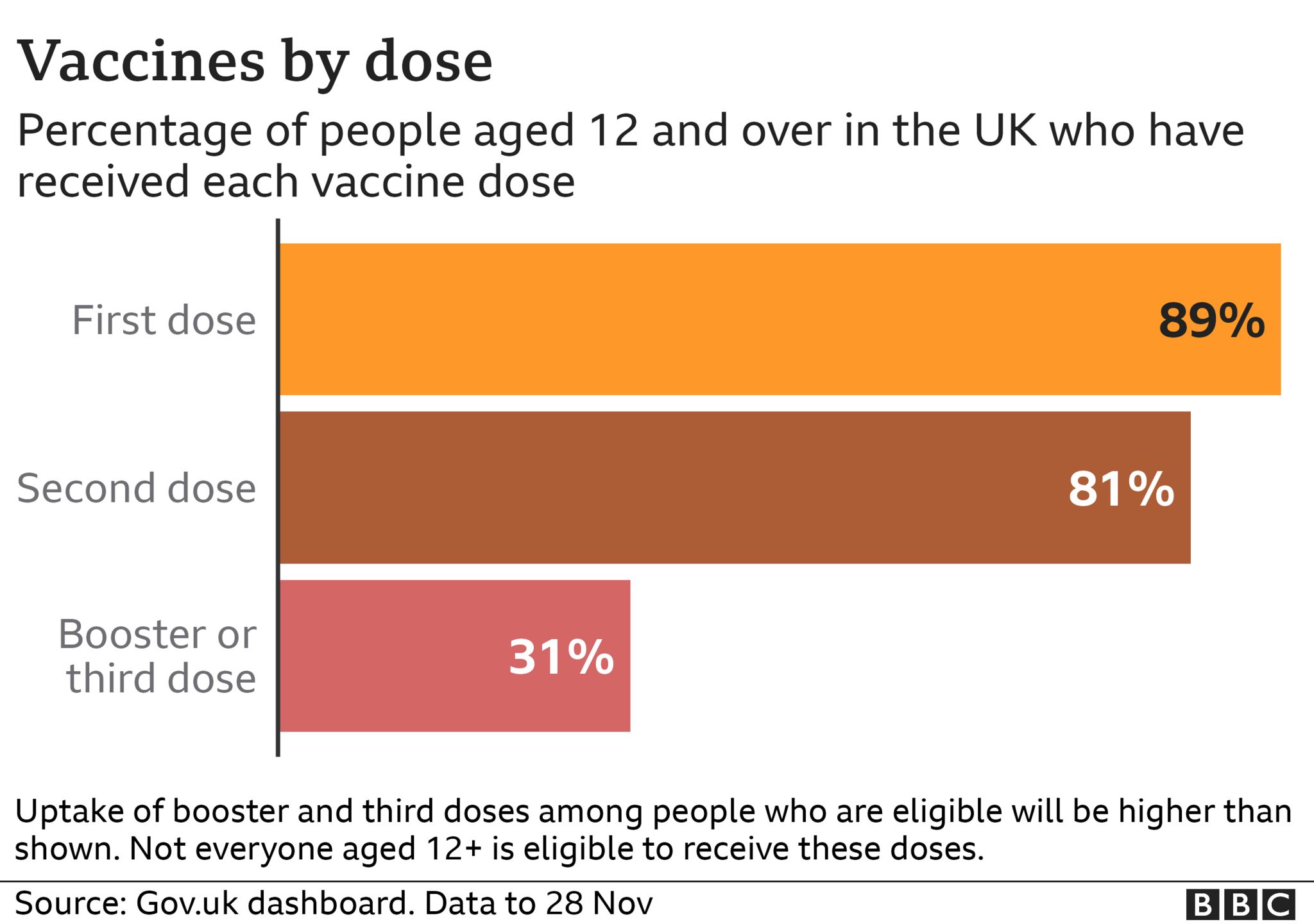 As noted on the United Kingdom’s Worldometer chart, the daily COVID-19 case rate hasn’t subsided since a substantial surge began in June.